A little bit before Christmas, I took SD and her best friend to a rock concert.  This is them chilling in their chucks in between bands. 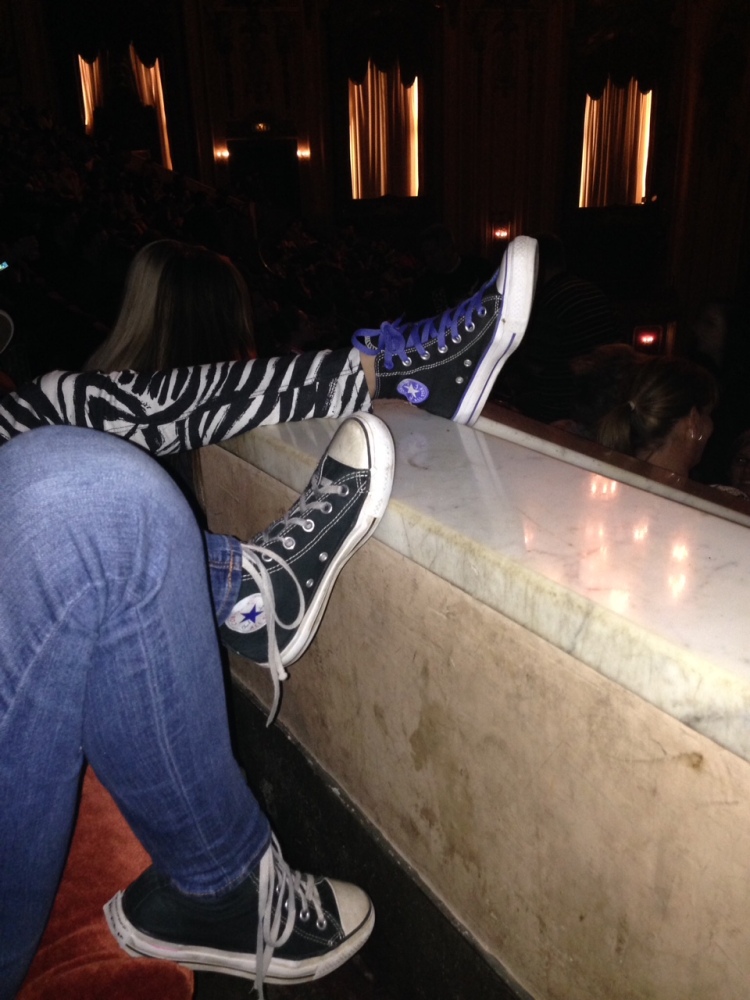 It was beyond fantastic.

My first concert was pretty epic- Michael Jackson Thriller world premier with my friend Alynda.  And that was just the tip of an awesome concert iceberg.  I have seen some great concerts.  I used to scream like a lunatic at Cake concerts – so much screaming that people backed away.  I don’t do that anymore.  But I still love concerts

I don’t like being out past my bedtime, parking and driving downtown, being around drunk people, or not being able to sit down.  But I do all of those things fairly regularly (for someone my age) for those awesome moments in concerts – when all the people sing to a loved song performed live.  An awesome high.  And last year I found a friend who likes the same music as me and is almost always game.

.My SD has similar taste in music – I am Wilco, she is Green Day – but fairly similar.  I have wanted to take her to a concert for a long time.  But we live in Kansas City and good bands come to Kansas City on Tuesday nights, if they come at all.

And then all of a sudden the The Cold War Kids (LOVE them!) were playing on a Friday night.  I scooped up 4 tickets and got excited.  (There were other bands – ones I didn’t know).

The featured band (Cage the Elephant) performed an encore and the lead signer took off his shirt.  My SD’s friend went CRAZY.  She kept saying “He doesn’t have a shirt on.”  Hilarious.

I loved that night.  Rock on.